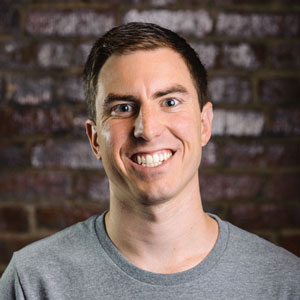 A View of the End from the Beginning 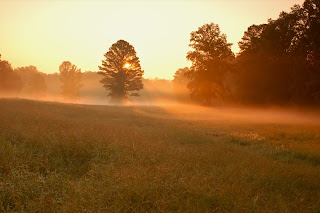 It's funny how to understand the end, sometimes you have to go back to the beginning. This idea of beginning and end is etched into our understanding of story and through all genres of literature.  Robert Frost is famously known for saying a poem "begins in delight and ends in wisdom," which I have a particular affection for. So, for me, to understand the end of God's story (which is another sort of beginning), I ended up having to connect it back to the beginning.

When I think of heaven, maybe like most people, I have a hard time getting around the image of angels playing harps, sitting on clouds as we all sing in white robes along streets of gold. Now granted, streets made from pure gold sound pretty impressive, but I don't know that I (and certainly not the people next to me) want to hear me sing for the rest of eternity. Of course, it sounds silly in this context, but that seems to be the pervasive view of heaven.

I was listening to a sermon recently by a guy named Beau Hughes, of The Village Church, and he began to dismantle my false view of heaven. He titled his message after a quote by John Calvin, who said we ought to live with "one foot raised," ready for our departure. I think he was echoing the apostle Paul's sentiment when he expressed, "for me to live is Christ, to die is gain." There is this tension that we face in the fact that we have work to be done on the earth, and people whom we love and who love us, but also this hope of leaving this broken, fallen world to be with God.

As I've explored the scriptures, they actually have a lot to say about heaven. Some of it is confusing, but it's clear that God is coming back, he isn't finished, and he is going to make all things new. Not only does it say he is coming to make all things new, he is actually going to create a new heaven and a new earth. In the cross, in the incarnation of Jesus, God revealed that he not only cares about our spiritual being, our souls, he was deeply concerned with our physical bodies. Why else did Jesus heal people? Why else did he weep over the death of his friend Lazarus? Why did he raise him from the dead? Here's the culmination: God, in Jesus restored our spiritual beings back to God, but he did not restore our bodies -- yet the scriptures are full of promises that he is coming back to do exactly that.

What finally brought this full circle for me, is if there is a new heaven and a new earth and there is no separation between us and God -- in fact we won't even need a sun because it says he will emanate light over the whole world -- then we can walk and talk with God. That's what takes me back to the beginning! I've always deeply connected with the image of Adam and Even walking with God in the garden in the cool of the day. So we're not in white robes (hopefully we don't have to wear anything), we're walking with God: present, tangible, conversing as we brush our legs through chrysanthemums and stopping to pick and bite into a juicy peach. I don't know if I have enough questions for God to last eternity, but I've got a few, and I have a sneaking suspicion that I won't be doing most of the talking.

I hope, I believe, there are profound implications for this reality. Paul pleads with us not to"grieve like the rest of men, who have no hope." If that is what we're looking toward, we have a glorious hope, a future that helps us keeps enough roots down here to hold us to the earth, but not enough that we don't live with one foot raised, waiting to be taken home. Beau shared this quote by C.S. Lewis that says it all and more:

But for them it was only the beginning of the real story. All their life in this world and all their adventures... had only been the cover and the title page: now at last they were beginning Chapter One of the Great Story which no one on earth has read: which goes on forever: in which every chapter is better than the one before.

In the words of the apostle John after seeing a glimpse of all these things, Come, Lord Jesus, Come.
Mark Grigg
Why is it so difficult for us (including Jesus' followers) to resist death? Or perhaps another way to phrase the question: Why is it so difficult for us (especially Jesus' followers) to resist our entrance into heaven? Small faith, fear of the "unknown", wanting to hold on to that which is visible, leaving loved ones behind, assuming this world is really superior to heaven and perhaps many other reasons? "For we know that if our earthly house, a tent, is destroyed, we have a building from God, a house not made with hands, eternal in the heavens" (2 Cor. 5:1, HSCB). Praise God through our Lord Jesus Christ for this eternal hope in Him.

kj
Austin-- thanks for putting forth the effort to share with the world your process of exporing and unnaming the ideas, revelations, and burdens that you encounter as you live. To be able to experience and share in life along side you is a blessing.

Ashley Nicole Jones
Thanks for sharing this Austin - it is definitely something I question often - now more than ever. I second Kyle - you are a blessing in our lives!